JUNE 2019, NEW YORK, NY: Sing for Hope celebrates pride every year. But in honor of the 50th anniversary of the Stonewall Riots, and of the Pride Movement, we knew we had to do something extra special to provide even more opportunities for New Yorkers and visitors alike to sing their story out to the city and the world.

Sing for Hope cultural partner Playbill shared this goal. Returning to create their second Sing for Hope Piano, they again designed a SFH Piano decked out in Playbills from Broadway shows, but this year’s used the special rainbow pride Playbills that replace the standard yellow Playbills all over the Great White Way each June.

The pride movement grew out of a time when it was dangerous to express identity outwardly, and when private acknowledgment itself was often painful. The arts are uniquely both intensely private and immediately visible… with sound vibrations bouncing off the space they occupy and visual artworks asking for our interpretations. The use of the arts then becomes an essential component of a movement that celebrates people as individuals and as community simultaneously.

Sing for Hope’s observance of pride was (obviously) full of performance. It was also full of almost painfully beautiful stories of hope, love, and inspiration. 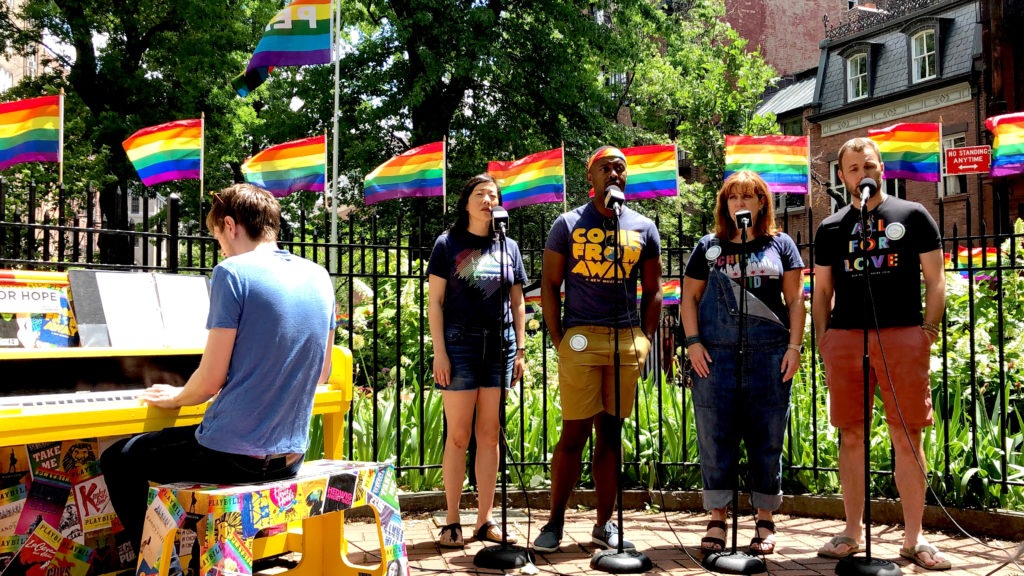 The Playbill SFH Piano, framed by rainbow flags and with the Stonewall Inn as a backdrop, was used in a pride month wedding between two men who had been involved in the Stonewall Riots 50 years before. It was played by international tourists making emotional pilgrimages to Stonewall during their New York trips. It was played by teenagers who are growing up with inclusive and adaptive language that older generations didn’t have. It was played by Rachel Platten on her way to her own concert at Madison Square Garden. And it was played by members of eight Broadway casts who introduced performances with emotional acknowledgments of how much it means to the theater community to have this type of environment where all have a place to sing their own song. Find Playbill’s coverage of the concert series here. Featured shows include Come from Away, Pretty Woman, King Kong, Disney on Broadway (Frozen, Aladdin, & The Lion King),  and Be More Chill.

“I loved creating a piece of art that is meant for all New Yorkers and visitors to share and enjoy. Happy Pride and 50 Years of Stonewall.” – Len Rodino, Playbill

We were honored to have inspiring Park Ranger Jamie Adams as one of our SFH Piano Buddies at Playbill’s Pride SFH Piano outside the Stonewall National Monument. Check out her story.

The Gay Men’s Chorus of DC 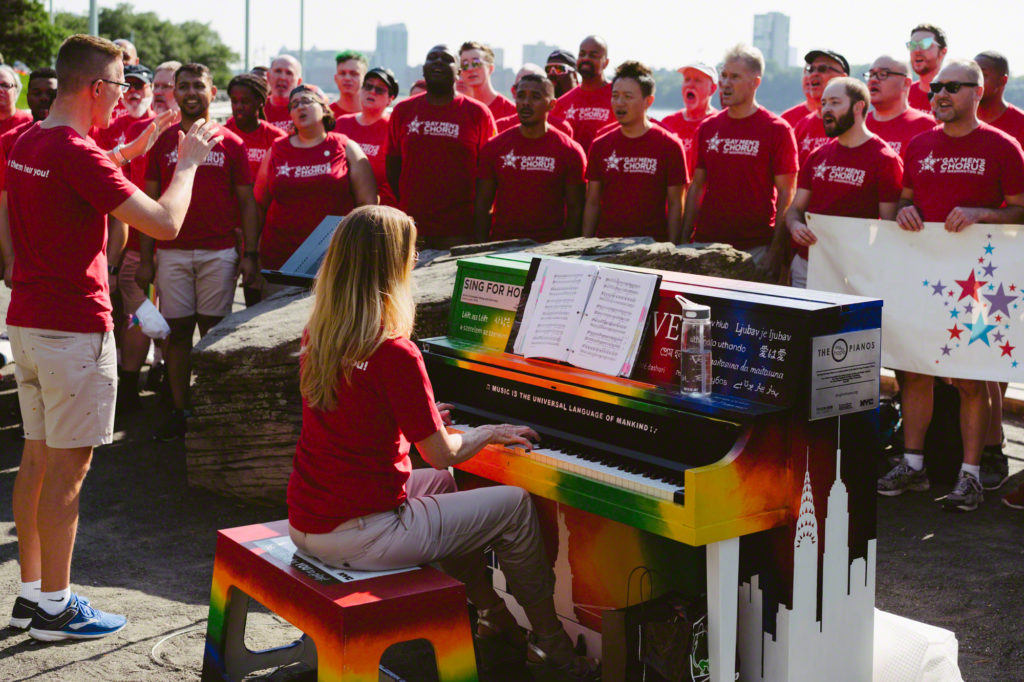 You might recognize them from the Today Show… many thanks to the Gay Men’s Chorus of Washington for choosing #SingforHope as the first stop on their pride tour of NYC!
SFH Piano by Christopher Wong

The Broadway cast of Mean Girls and the Youth Pride Chorus

We were honored to celebrate #Pride with Youth Pride Chorus & Mean Girls on Broadway! Watch this surprise pop-up performance at the Mean Girls Sing for Hope Piano (tissues at the ready).

Thousands of Individual Observances of Pride

The Playbill SFH Piano didn’t only host Broadway and pop stars: it also provided a month-long open stage for New Yorkers and visitors to celebrate pride their own creative way. 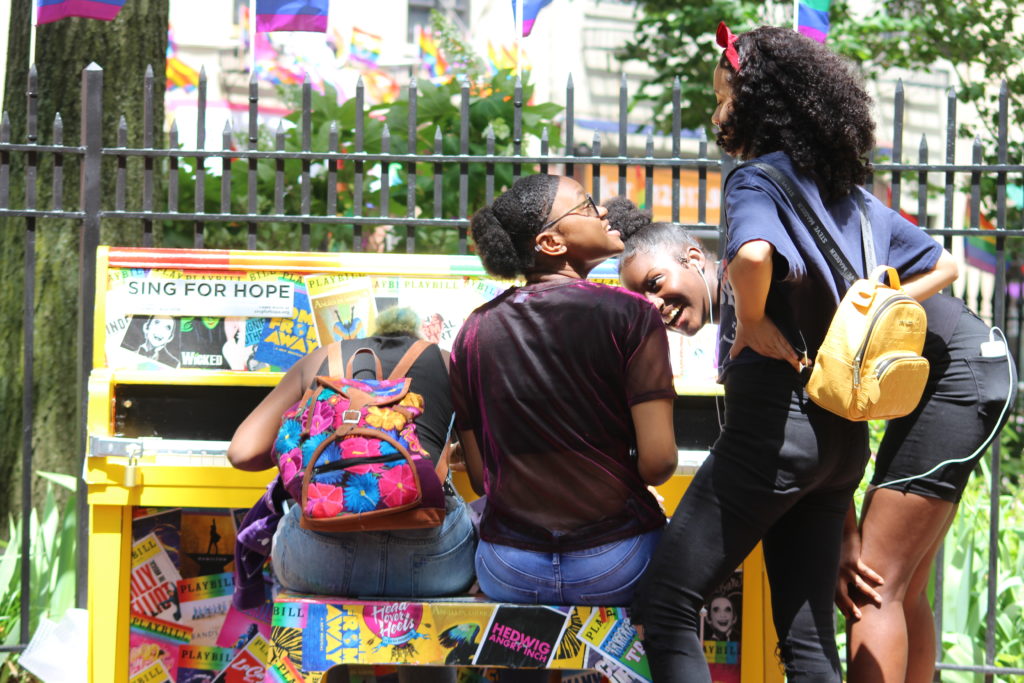 In the music room at [email protected], young students crowd around their school piano, ready to learn. But this is no ordinary instrument: its painted design of…

Sing for Hope proudly held our first booth at the annual Broadway Flea Market this fall, in the form of the ultra-popular Playbill Sing for Hope Piano. While the day also raises crucial support for Broadway Cares’ expansive work,

If you’d like to give your regards to Broadway, look no further than this year’s Sing for Hope Pianos studio! This week, our studio space at 28 Liberty is teeming with Broadway stars busy putting the finishing touches on their 2017 Sing for Hope Pianos.

Unity. Warmth. Family.  These are a few of the themes that popped up repeatedly as our Youth Chorus members dreamed up a design for their…