Citizen Artist Assembly season is in full swing at Sing for Hope: in just the past few weeks, the SFH team has traveled to publics schools in all five boroughs. The Citizen Artist Assembly marks the beginning of each educational partnership, introducing students to the story of their school’s new SFH Piano and the artists who created it. Sing for Hope invites students to view themselves not only as beneficiaries of citizen artistry, but as empowered citizen artists themselves. Sing for Hope’s partnership with Kinky Boots and the students at Port Richmond HS epitomizes that exchange.

Before it got to its new home, the red Jersey Boys Sing for Hope Piano—equipped with Jersey Boys-era microphones and iconic quotes from the show—spent the month of June in the heart of Times Square. The constant stream of tourists and locals made sure the music continued all month. The Jersey Boys SFH Piano then returned with the other 50 artist-designed pianos to the studio for touch-ups before its big debut at Port Richmond High.

On the eve of their assembly, Sing for Hope took students to see the Jersey Boys cast in action at New World Stages. Eleventh grader Angel Perez said, “being able to go to Jersey Boys was a really big deal for me, because I’m a major theater kid and my parents grew up listening to that music, so to see what it was like in person was really cool.” 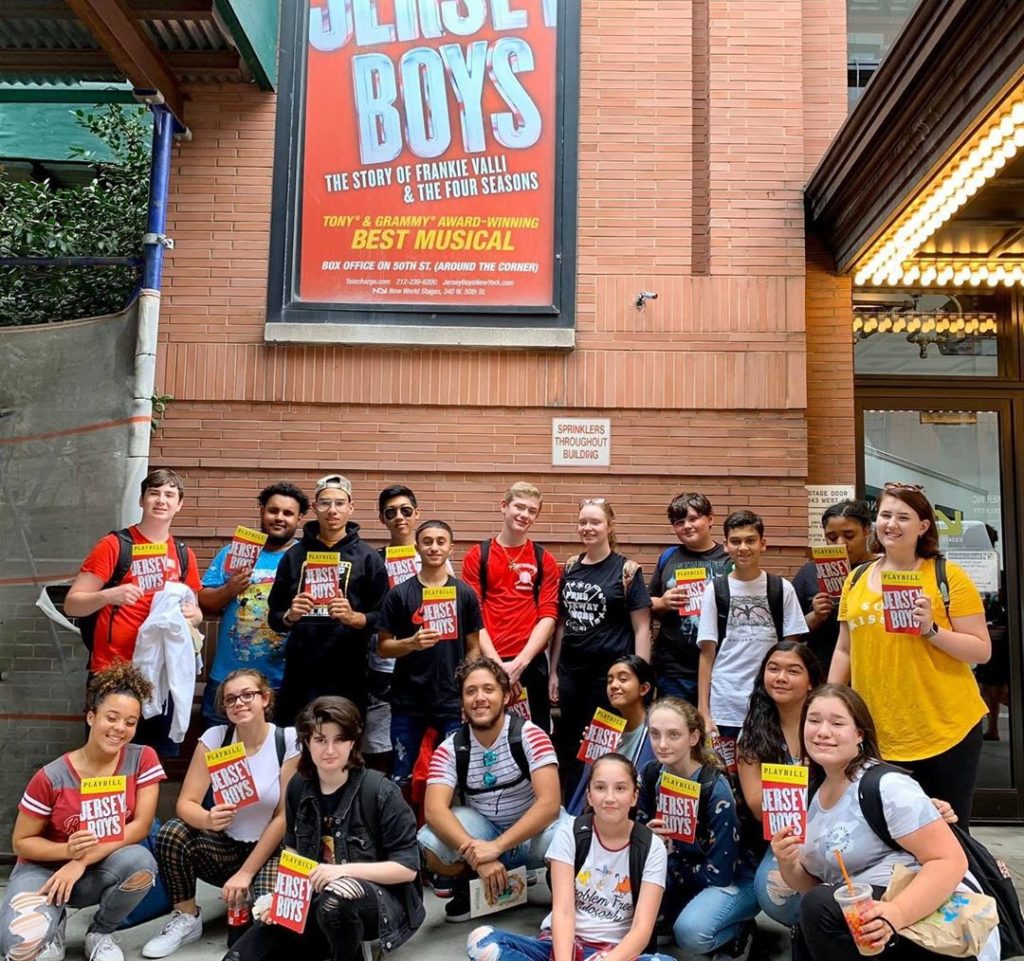 The students hosted the cast at their school’s Sing for Hope assembly less than 24 hours later. The cast of Jersey Boys performed hit songs from the show, talked Citizen Artistry, signed students’ playbills, and gave a Q&A for the school’s student-led morning show. They even invited students to join them on stage to learn how to do that famous Jersey Boys walk. Many students lingered after the assembly, staying into their lunch period. The morning ended in quintessential Sing for Hope style: gathered around a SFH Piano with students, teachers, and stars alike singing their favorite songs.

“In all my years of teaching I’ve never heard of the cast of a Broadway show coming to a school to do what they did today. We love the Sing for Hope Piano and we’re going to put it to good use… just, thank you. We’re in awe of everything that happened and I know the kids are. The cast was so nice, and that’s a wonderful thing to show these kids… that they really are real people, and they use their talents to give back to the community as well. That’s what it’s all about.” — Joanne Walsh-Lopes, Port Richmond HS Theater Teacher

It’s been a melodious fall in NYC public schools. There are now 180 Sing for Hope Citizen Artist Schools in NYC, 50 of them new this year. In partnership with the NYC Department of Education, we selected these schools through a competitive RFP process to become permanent homes for the Sing for Hope Pianos featured each June. Sing for Hope staff, Piano Artists, and Artist Partners have been busy visiting these schools for their inaugural Citizen Artist Assemblies.

There are currently 130 Sing for Hope Citizen Artist Schools in New York City. In partnership with the NYC Department of Education, we selected these schools…